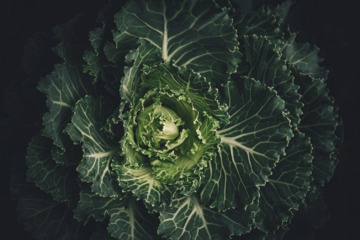 Kale. By now you’ve heard about kale, and since you’re reading this article you’ve probably even tried it in a juice or as a dried chip. But in case you haven’t, allow me to put it this way: this is a “nutritionists’ dream.”

If you’re into paleo, plant-based diets or just want more green in your life, you’ll be excited about what Dr. Joel Fuhrman had to say about this cousin to the mustard green and cabbage: it outranks every other food on his aggregate nutrient density index (watercress and collards followed closely behind — but more on them in another article).  But Dr. Fuhrman isn’t the first one to praise diets rich in kale . . .

BEFORE THE SCOTS HAD POTATOES (A NEW WORLD FOOD, AFTER ALL) THEY ATE KALE . . .

and so did the Greeks and Romans.  From salads to garnish, it has a few different food-traditions depending on the country.

Technically, t’s a ‘brassica’ — a category of veggies that includes the coles, cabbages and caulis (as in cauliflower).  Some say it’s actually a primitive cabbage and has been eaten for thousands of years.

In fact, many food historians credit the Romans with “inventing” it!

Being resistant to cold, it is easy to grow in the winter — so if things are bad, you kind of know that kale will be around (in fact, it’s credited with saving a contestant in the Discovery Channel show “Lost and Alone”).  Additionally, its high levels of an amazing array of vitamins make it a valuable vegetable as well.

“IF POPEYE WERE AROUND TODAY, HE’D PREFER KALE.” – STEVE

But, wow, it’s come a long way: now the champion of major foodies for both its nutrient density and ‘status signaling.’ Like arugula and endive, in ‘food-snooty circles’ it’s kinda a litmus-test as-to what kind of eater you are.

In fact, when the New York Times printed an article about its popularity in 2013, they interviewed Bo Muller-Moore, the one responsible for the “Eat More Kale” t-shirts. The New York Times asked him whether he agreed that it is “a symbol of a certain kind of artisanal, ecological lifestyle”.  He said you could “tell a lot about a person just based on whether they even know what kale is…”

And that was just in 2013 — today, it’s everywhere — even at steak restaurants in Dallas and beyond.  From massaged salads to raw vegan chips, most grocers carry it these days. They’d be crazy not to.

Getting the picture, eh?

Bonus 2:  Restore Fasting Glucose Levels!
And this is, researchers think, due to the kinds of fiber it’s naturally rich in.  So, seriously consider adding kale to your diet if you’re having issues with balancing your blood sugar (of course, in consultation with your doctor).

In the chart below are the health claims I and others have discovered about kale. Where you see a footnote, you’ll find a link to the source.  If there is not a footnote, then that means that the specific health claim is made, but neither I or anyone I know has been able to locate sources of research or anecdote to back up the claim.

So how are you making your life more kalelicious?  Please share what you think in a comment below!

And on today with Dr. Davis. It’s time to talk about Kale.

Kale is one of the big “superfoods.” And when we talk about superfoods, it’s just kind of a name people give to nutritionally dense foods. It’s not like it’s a technical term, it’s marketing hype.

It’s not something that scientists or nutritionist have created this category called superfoods.

[Kale’s] in the cruciferous family. And when we talk about cruciferous vegetables, we’re going to talk about a group of vegetables like kale and brussels sprouts and broccoli and cauliflower.

And these are vegetables that are sulfur containing vegetables. That’s why if you ever have leftover Brussels sprouts in the refrigerator and you open that container it really so . . . “aromatic.” Yeah. Because of the sulfur content. It’s “sulfurathane” and it has antioxidant and anticancer properties, it’s also an anti-inflammatory, absolutely.

As an anti-inflammatory, it’s a second pathway of the liver for detoxification. So for example, when I had Crohn’s disease, I was placed on a lot of sulfur drugs.

And so it’s a natural occurring [anti-inflamitory] that will help with all of that. So if someone has Crohn’s or colitis or some other inflammation disease, then Kale would be a great source of nutrients that could help soothe that.

It’s also an anticancer food. It’s got a lot of different nutrients in it. One of the big nutrients is magnesium (all the green leafy vegetables are high in magnesium). Magnesium of course, is great for the relaxation of muscles and vascular system.  It lowers blood pressure, is good for a workout recovery, and for relaxing before going to bed.

And magnesium works as a cofactor for over 300 different enzymes in the body. So it basically helps these enzymes work in the body. This means that it works in every cell in the body.

Kale, is just one of those super foods, but even though it’s a marketing term Kale is not just hype. 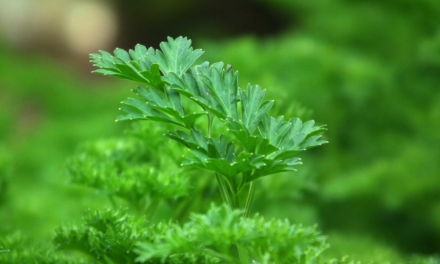 The Purifying Power of Parsley 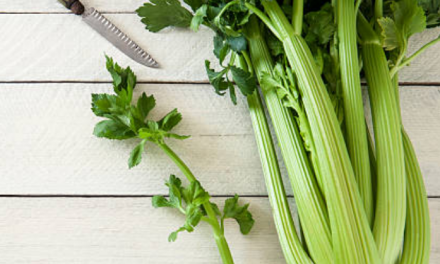 Celery Juice: Is it Really The Cup of Life? 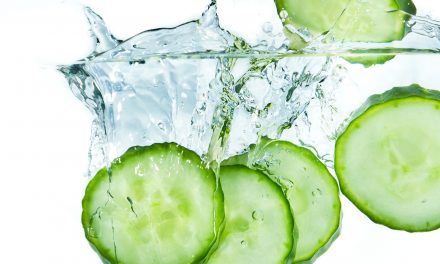